The Eastwood and District Motor Club held its first day-long trial on 1st September with a number of members taking to the hills of Mugginton to try this rare form of Motorsport.

Over the course of the day the 13 competitors tackled a number of sections that had been laid out  by event organisers Stuart Barlett and Charlie Knifton. The trial itself was located in one large field and contained six different sections that all varied in difficulty. Over the course of the day the six sections were readjusted and redesigned to give competitors a new challenge, for example, restarts were placed in awkward positions to try and catch the more experienced class 8 drivers out. Towards the end of the event drivers were required to inflate their tyres to make stages even harder to complete. 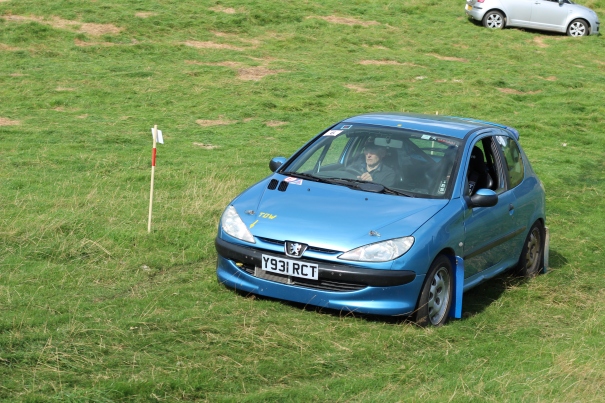 Considering the event was only held in one location the organisers made an excellent effort to test competitors with new sections, meaning at the end of the day we had attempted 24 different climbs. This was also a non-damaging event meaning that any car was appropriate. One member brought along their beloved Mazda 2 which they drive on a daily basis. Competitors taking part in the trial improved dramatically as the day progressed with drivers developing their hill climbing technique to clear some tricky sections.

The Rabbit Bank trial will return to the EDMC calendar next year with the hope that both current and new members will come along to try this entertaining form of Motorsport.